Ariel of Birmingham was a producer of bicycles, automobiles and motorcycles from 1898.

The company was a major manufacturer based in Selly Oak, Birmingham. As early as 1847 the name was used for a bicycle wheel design, and again in 1871 for a Penny-Farthing.

1847 The company dates back to 1847 when Ariel made an early pneumatic-tyred wheel for horse drawn carriages.

1870 The name was revived by James Starley and William Hillman in 1870 when they invented the wire-spoke wheel which allowed them to build a lighter weight bicycle naming it Ariel (the spirit of the air). They put the name on the factory where they made Penny-Farthing bicycles and sewing machines.

1885 Starley invented the RoverSafety Bicycle - a rear-wheel-drive, chain-driven bicycle with two similar-sized wheels, which is essentially the design still used on bicycles today.

1896 Use of the name lapsed, but in 1896 it appeared again, this time on motorised transport after the company amalgamated with Westwood Manufacturing Co. The first Ariel vehicle was a tricycle that used a 2.25 hp De Dion engine mounted at the rear. More tricycles were produced and quadricycles were added in 1901 as Ariel then moved into car production.

In 1897 the firm was bought by Cycle Components Manufacturing Co.

1898 The first powered tricycle was built using a 1.75hp De Dion engine, made under licence, but mounted ahead of the rear axle - this location improved both weight distribution and stability.

1900 Ariel now offered a quadricycle with a larger, 2.75hp engine and a water-cooled cylinder head.

1901 The firm first demonstrated a motorcycle, using a 1.5hp Minerva engine, hung from the frame downtube, and a car.

1902 Machines went on sale, also fitted with a Kerry engine.

1903 The first Ariel engine was built.

1904 The firm adopted the centre-engine position. They also offered the Liberty cycle attachment as a form of transport. This involved attaching a bicycle to the side of a motorcycle to form a quadricycle and avoid side-slip.

1905-1909 Other models were added, including the tricar. Larger, 6hp V-twin JAP engines were used.

1906 March. Ariel Motors (1906) Ltd was formed to take over Ariel Motors Ltd and to carry on the business of manufacturers of 'Ariel' and 'Ariel-Simplex' cars. Planning to open negotiations with Bruce Peebles and Co for reciprocal working. Directors are: J. F. Albright, Arthur C. Peebles, Gerard B. Elkington, J. E. Hutton and Charles T. B. Sangster.

1910 One basic model replaced all the others. This used a 3.5hp White and Poppe engine with valves spaced apart on one side of the cylinder and the Bosch magneto in front of the crankcase. Later that year the new and advanced Arielette was announced. Various engines were used, including White and Poppe, Abingdon King Dick and Motosacoche.

At their stand, No. 40, situated in the main hall, will be exhibited the 1911 models of Ariel motor-cycles. Interest will chiefly centre round the free engine and variable gear model fitted with the new Ariel easy-starting device, which the makers have such confidence in that they absolutely guarantee the machine will start at a walking pace within three yards. It would certainly appear to dispose of the difficulties hitherto experienced in starting single cylinder motor-cycles. and should serve to still further popularize the Ariel motor-cycle, which has had a most successful season, and will be remembered as the second fastest make of single -cylinder machine to finish in the International Tourist Trophy Race. An improved pattern carrier is also being fitted, a new pattern tank with improved inclined pump, larger filler caps, which are anchored to the tank to prevent them being lost, improved petrol injector, an improved silencer cut-out working on the ratchet principle and operated either by the foot or hand. The Ariel adjustable pulley model will also be on view, with and without pedalling gear. A new Ariel side-car attachment will also be shown, with fittings adapted to couple it to the new models of Ariel motor-cycles.

1911 By now, Ariel had purchased the rights to White and Poppe and had begun to make engines themselves, with a much higher capacity. They soon produced models, from tourer to TT racer, with a variety of belt-drive transmissions.

1914 An Abingdon engine was used and it, and some singles, adopted a three-speed gearbox and a chain-cum-belt drive. The saddle was connected to a spring frame on the saddle tube to give a comfortable ride.

1916 Throughout the rest of the Great War, the company supplied the War Office with 3.5hp singles and a few V-twins.

Sometime before 1919 the name was changed to Ariel Works Ltd

1925 The company recruited Val Page to design new machines and improve the archaic engine. The new line of Ariels, introduced at the end of the year, had been an instant success. this was not so much because of its technical innovations, but mostly for its very attractive styling: lower saddle position, shortened wheel base and high saddle tank. Victor Mole was the new man in charge of sales at the Ariel works and he designed the new eye-catching emblem of the Ariel horse and coined the advertising slogan Ariel, the Modern Motor Cycle. Within a few years Ariel sales and profits rocketed.

1927 to 1928 Sales were now ten times as high as the 1925 sales before the introduction of the new line of machines. The firm won the prestigious Maudes Trophy both years. This highlighted the tough, new design and promoted the Ariel marque.

1930 The Selly Oak firm ran into financial trouble around that time and closed shop for a short period, while the founder's son, Jack, took over and restructured the company. He bought all of the tools for almost nothing, re-hired the cream of Ariel's staff, and moved 500 yards down the road to a new plant. They came back with a bang.

1931 Inclined engines became the fashion of the day. The Turner design was introduced and this made a great impact with its four cylinders arranged in a square, the crankshafts geared together, an ohc and 498cc capacity. It was listed as the Square Four but soon came to be known as the Squariel. The company won the Maudes Trophy once again but, despite this, the firm was in financial trouble. They pared down their range and Val Page left to join the Triumph team.

World War II. The company built a military version of the 346cc ohv single and worked on many projects for the forces.

1949 Val Page again took over design work post-war. He designed the 500cc KH, a parallel twin to compete with others in that market.

1950s Many revisions were made, but Ariel failed to make much of an impression on the motorcycle industry.

1954 Page helped produced the Huntmaster, which used a BSA A10 650cc engine in an Ariel frame.

1958 In complete contrast to anything they had ever produced before, Ariel introduced the Leader - with a 247cc twin-cylinder two-stroke engine and a four-speed gearbox. It also had the panel-enclosed engine unit hung from the main frame beam in pressed steel with trailing-link forks. This modern design could be mass-produced and offered scooter protection with motorcycle handling. Although light, agile and lively, and receiving great press reviews at the time, it was a sales disaster.

1959 Following the establishment of the Leader, the whole four-stroke range was dropped.

1960 The arrival of the Arrow, which was based on the Leader but lacked the enclosure.

1961-1964 A Super Sports model joined the range. It was known as the Golden Arrow because of its finish. A low insurance model was also produced along with a new model known as the Pixie, but these were short lived.

In 1963 BSA closed the Selly Oak factory and moved production to Small Heath. Val Page had a design for the Leader as a 70cc four-stroke with in-line four engine, but the executives did not share his vision, so it was never built.

1970 An odd three-wheeled moped was briefly produced, using the Ariel name. It cost BSA dearly and contribued to the company's collapse. 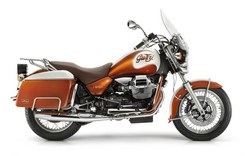