The Italian company Benelli was founded in 1911 by the family Benelli - Benelli Teresa and her sons (six brothers Benelli). Teresa bought several machine tools for metalworking and machine shop opened. At first workshop Benelli brothers engaged in repair of engines of automobiles and motorcycles, as well as repair of weapons.

Company except for repairs and conducted their own development and in 1918 established its first engine - it was a two-stroke engine capacity of 75 cm3. This engine they hung up on the bike, but he was too powerful for the bike and the brothers Benelli altered bicycle design, strengthened frame, so there was a first motorcycle Benelli.

In the years 1921-23 have been released several versions of more powerful motorcycles Benelli, and then there were the first unexpected victory - the younger brother Tony came on a motorcycle Benelli own production on the race and got a prize. In the following years, Tony became interested in racing and devote all my time to them, the brothers tried to stop him, but then realized that racing and winning are important for the image of the company. Benelli have been paying full attention to the issue of new models of motorcycle racing, was soon developed a four-stroke engine, the power of motorcycles and their speed increased.

After the Second World War, the company has recovered only in the early 50's, Benelli again returned to winning races. But the crisis of the 80s has hit the production of motorcycles Benelli, the company changed hands twice, for a time the production was almost frozen. 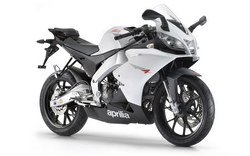