Concern Piaggio, founded in 1884, produced ships, aircraft and industrial equipment, but the real fame came to him when in 1946 he started producing scooters Vespa.

Since 1990, started production of a new generation of modern scooters. Now Piaggio - Europe's largest manufacturer of motorcycles, has captured 40 percent of the market. In late 1999, has acquired a controlling stake in the German "Deutsche Bank". The modern model range includes scooters with engine capacity ranging from 50 to 500 cm3 and mopeds. 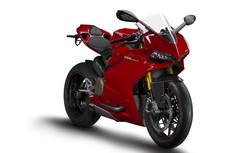