Excellent condition. both mechanical and paintwork. Never dropped or crashed.   (Paintwork is original and has some minor marks which are indistinguishable on photographs).

YB10 Dieci's are extremely rare (only 254 built). and seldom come up for sale. The YB10 was a 1000cc development of the 750cc Bimota YB4. which won the 1987 TT Formula 1 World Championship in the hands of Virginio Ferrari.   It was a MotoGP bike of its day. with NC-machined beam frame and  yokes. and  was around 50lb lighter than the Yamaha FZR1000 EXUP. whose engine it uses.

The YB10 was one of the last Bimota designs which had a true edge over the equivalent Japanese competition. It was produced when Bimota were at their peak and before (in my opinion) they lost their design flair and came up with the later. much more common and less desirable. YB11.  SB6. and SB8 models.

Newish Dunlop Qualifier tyres.  New plugs fitted. carbs ultrasonically cleaned. Been  on the road for the summer. Now just placed on SORN for the winter.  MOT'd until Feb 2014. 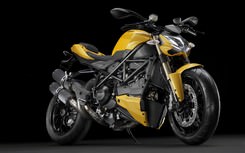