Public Enemy Customs was founded 3 years ago by Gary Foley and Mason Haynes. We operate out of a small work shop premises in Sinfold. The operation maybe small but the concept is very high. We are currently producing some of the most ground braking bikes ever to roll on UK roads. This bike ‘Ressurection' is Public Enemy's first bike and there for known as Public Enemy No. 1.

No doubt the best custom available in the UK today with over 1. 00 logged hours of build time. Public Enemy have strived to create a completely unique English take on the American icon that is ‘chopper'.

This bike has to be seen to be believed.

Fabrication
The frame is a ground up build by Dave Bachelor of P&D and Russell Brown of RBK Customs. Russell and Dave are some of the best frame builders and fabricators in the country producing bikes that regularly run over the £100. 00 mark. Their attention to detail on this frame is unbelievable. The tank is an adapted Jesse James ‘Villian' tank that has been both sculpted and filler adapted and extended.

Engine
The engine is a brand new 80 cubic inch S&S motor that has been both gas flowed and blue printed NOS. When the engine was fully stripped we had all the parts ceramic coated. We then selected individual parts which were 24ct Gold plated. Gary has hand built this engine with the care and attention to detail you could only expect from a surgeon!

Transmission and Primary
Primavera open primary with a 3 inch belt and 6 speed gear box. All parts on this bike have been ceramic coated in black. All ancillary parts have also been 24ct gold plated.

Specialist Parts
The one off parts on this bike are exceptional. The oil tank is a brass and copper fire extinguisher from the early 1900's. The leather work on the bike is all based around an extremely rare side bag that originates from America in the late 1800's. The leather tooling from that bag has carried over onto the saddle the primary and the compressor cover. Hand grips are hand lathed from single pieces of brass and embellished with the Public Enemy logo.
Axel covers also have our logo. The head light is re-engineered brass carriage light from the early 1900's now containing full xenon set up custom bracket and fittings.

Fixtures and Fittings
Every brass nut and bolt on this bike has been hand lathed without exception. All the oil lines are custom made and moulded out of brass.

Electrics
Hand made loom with the battery placed in a custom made cradle concealed inside the pannier. All wired seamlessly through the frame. The seat is set up on a fully active air ride system with a concealed compressor that has been placed where you would normally expect to find the oil tank.

Wheels and Tyres
The wheels and tyres are the very rare gold anodised big daddys by DNA. Tyres by Avon with a stunning 300 rear section profile.

Paint - pinstriping - gold leaf
The paint job on this bike is crazy. We used two specialists Andy Hosegood and Tony from Cycle Spray. Using the original Bentley green racing codes we have recreated a feeling of nostalgia. The combination of the very dark green of the bike inset with black panels and highlighted with gold leaf sign written names and red pin striping. The whole bikes theme is racing green in combination with brass. gold and copper accents. The pictures look good. The reality is totally insane!

Conclusion
This bike may not be to everyone's taste. Its certainly not a bike you would use every day.   Some people have described it as art. others. as sculpture. but one thing you can't argue with is that it's engineering. attention to detail and finish are second to none! The second most expensive bike on iQQmoto is a Waltz Hardcore? It's a nice bike but it's no Public Enemy! The bike is priced at £79. 95. 00 and yes it's a lot of money but show me a better bike I challenge you!

Contact and Viewings
This bike is currently located in a London based hyper-car dealership. This bike will not be test driven without proof of funds and only ridden by extremely experienced riders. The bike is not for the faint hearted and is over 8 feet long. Please don't bid on this bike if you have negative feedback. The bike is quite simply exceptional and the icing on the cake of any serious collector!

Please email on mason@publicenemycustoms. com or call me anytime Mason on +447740940562 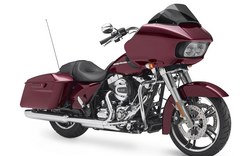