This bike is immaculate. Has remainder of Harley Davidson warranty until April 2014. Had a mechanical fault and as a result was replaced with a brand new crate motor by Guildford HD which has a further 1 year warranty. IT still needs to be run in!
The bike is is in stunning condition and has been exceptionally well looked after.
Metallic blue with matte gun metal grey is by far the best colour scheme for this bike. It is fitted with some beautiful options and you will not need to do anything to this bike except ride it.
Comes with 2 key FOB's and Screaming Eagle Race Tuner.
If you are looking at this bike you have probably already done your research. These bikes are sold in very limited numbers and hold their value well. It is an investment not a heavily depreciating asset like 10 a penny Japanese bikes.
Any test. inspection welcomed and encouraged.
The number plate will be removed prior to sale as it has a personal inscription.
I will be very. very sad to see her go but bad health means she is just sitting there.
Cash on collection. 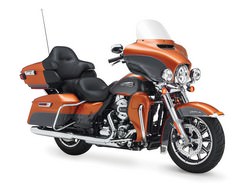