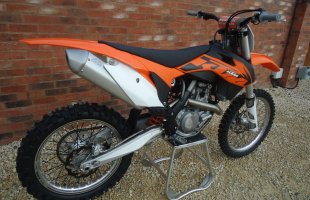 HI this is a super clean 2013 KTM SXF 450 efi model. The bike came to us as from dave liveseys family as dave sadly passed away.
The bike was bought new from Fowlers and the KTM service was done at AMS in Tewksbury. The bike is a VERY VERY low hour bike as the bike was bought new mid season and Dave raced vintage events most weekends.
The bike is essentially standard and is still on the original from new bars. rips. yres. hain and sprockets.
As you can imagine its MINT.
Any inspection welcomed but the bike is 100% perfect and ready to go as its been through our workshops. Its a very big saving over a new model for a super low hour bike.
£4300
Please call to arrange a viewing as the bike is in secure storage and we need a couple of hours to collect the bike and put some fuel in (they dont allow us to keep bikes there with fuel in).

We consider all part exchanges. Providing its a good deal we can work with most bikes.
Please expect a trade in value on any part exchanges. We CANNOT pay retail money for bikes to buy in as we need to make a margin on everything we sell.
A full VAT receipt can be supplied with the machine

We accept all forms of payment though the funds need to be cleared in our bank before collection
(yes Mr Robinson. know you want to buy a bike for your son on a card and we can't deliver it.). 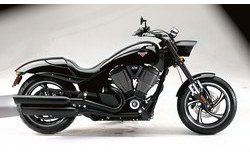