Seller notes: Hi, This is an unfinished but very special project. Over £16,000 spent. Now living abroad so unlikely to finish. 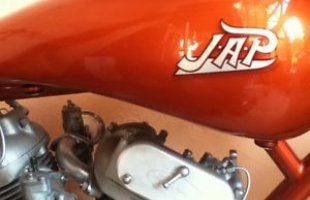 Hi.
I have decided to put my JAP custom on the market. I have had the project on the go for more years than I care to admit and now live abroad so unlikely to finish it. It will make a front cover bike when together i reckon.
It has been built using a JAP bottom end. previously a 750cc side valve. It is now OHV with bespoke alloy barrels. AMC 350 heads. a scavenge pump in the sump to send oil to the top end.
The frame and a lot more was fabticated by John at Planet Engineering. rigid rear end. oil in top tube of frame
The forks are genuine 1920's Harley Davidson with new spring tubes. stainless springs. oil cups and bushes.
The wheels are Talon rear hub with Tolle sprocket /disc brake. front hub is Tiger Cub. rime are 21inch devon Rim company. stainless spokes.
Petrol tank by Parker Fabrications with pop up filler
Paintwork by Piers Dowell
Chainguard and other metal bending by Ed Wimble
Rear mudguard by Barons Speedshop and painted to match Avon Tyre
Dummy oil tank for battery if lights needed or tools and sandwiches.
Royal Enfield log book with SORN
Gearbox is AMC
Ignition is by B-TH electronic magneto with auto advance retard.

The bike has been painted the most fantastic metallic orange and all the silver parts. despite being of different materials. have a matt silver finish. with bead blasted engine. rims etc. satin chromed steel parts and a painted front hub. It really does look stunning
It has a few chips in the paint where it has been around too long and a tiny dent in the tank which is barely visible.

There are a few jobs still left to do which should only take 2-3 days. If it does not sell on iQQmoto I may do them and sell as a runner after showing it.
I will be back in the UK before the listing has ended. so if you would like to come to see it. please email or phone after the 19th November 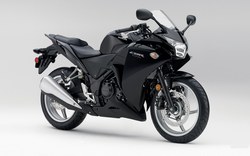