Harley Davidson FXDB Street Bob late 2011 model which is still covered by manufacturers warranty until October 2013. the bike was professionally painted and hand lettered by Harley Custom paint shop '8 Ball' in the classic black and metallic gold paint scheme which is a truly individual look. Handle bars were modified by Norwich Harley with standard sportster `48 internally wired bars. Indicators on the front have been swapped for LED`s and mounted on a custom bracket which also mounts the National Screen smoked fly screen.

Stage one race tuned with Vance & Hines ceramic black coated Big Shots. and a Special Ops Roland Sands filter it will also come with a Screaming Eagle Pro Tuner which will allow you to further tune the bike by altering the fuelling and ignition. downloadable modified maps are available from Screaming Eagle. The cost of Stage one tune was about £1800. there is non of the usual low RPM flat spots associated with the standard tuned version. it rides like a dream with loads of power.

The bike rides very well and is faultless. included in the sale are the original mid mounts. single seat front indicators. air filter and exhausts these would have a value of about £500 if sold on. (I don't have the original Ape Hangers)

Blacked out side panels in gloss Black

Detachable Sissy Bar and back Pad

This is a well sorted example. the cost of the conversion is in excess of £16. 5K

The Number plate is not included in the sale. but I am open to negotiate on this if the price is right. I am only selling to fund my next project

If you have any quesions please get in-touch 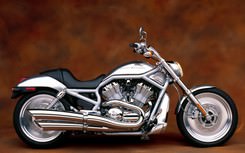