Stunning Harley Davidson XR1200X registered in Dec 2012 – only 350 miles light road use and in immaculate condition. List price to put this bike and parts together would be in excess of £14000.00

All the standard parts except the original bars and the Rear shocks that are all completely as new are included in the sale i. e. wheels. tyres. discs. exhausts. clocks. foot pegs. etc -

I bought this bike brand new and unused in late November as the ex Vance and Hines display bike. it is fitted with just about all the high quality components you would want and was displayed only - never turning a wheel.

I had the bike fully PDI'd. taxed and registered in Dec 2012 on a new 62 plate by Shaw Harley Davidson near Lewis.

I have added one or two parts like the alloy fuel cap and number board and just to explain - the tyres fitted are road legal ex race tyres that were already fitted for the authentic "race" look for display - The bike has absolutely not been on the track or even ridden hard as it is still clearly running in.

The combination of suspension. light weight wheels . performance exhaust and fuel pack combine to give handling and ride experience that is pretty sensational for a Harley and feels more like a honed track superbike - as well as having that AMA / Bitish Superbike race series look too.

You will not be disappointed.

Link to site - and as you can see these are very expensive quality components http://www. vanceandhines. com/xr1200/race-kit/
Any questions please call me on 07917 738870 or email
Many thanks Jon 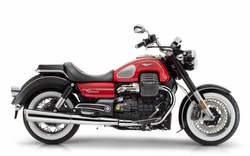