Harley Davidson Chopper 1550 ONE OFF 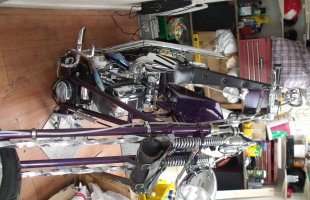 2004 Harley Davidson Chopper 1550cc. Shes a one off called Purple Haze. rigid frame. 16" overstock Mondo twisted Springer forks with 45 degree rake imported from Mondo Las Vegas. 6 speed Baker gear box. S+S Shorty carbs. The wheels are American wire 40 spoke. One off swept stainless exhaust system. One off bars. seat and many. many more. You really need to come and look for your self at this amazing one off project. which cost well in excess of £25. 00 to build. Shes won a couple of shows with trophies to prove it. The pictures don't do it justice. as it was a rainy day so I had to try and photo her inside. Tested next April. Tax August 2013. Fantastic custom paint job. Far too much to mention. so come and look. If you can afford her you will buy her. Full service done in April. Shes never wanted for anything.

The truth of it is that she does not get used much now. So needs someone to ride her and show her. 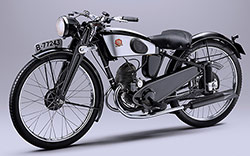