Here I have for sale an immaculate example of the iconic Harley Fatboy. comes complete with both fobs and all documentation supplied from dealer. Has matching panniers and a quick release screen that has never been used. Low mileage and lovingly cared for. always garaged. Has stage 1 tuning and Vance & Hines midshot exhausts. sounds fantastic! This machine will not disappoint in any way and is totally immaculate throughout. Have just had the bike MOT'd and it sailed through without any issues whatsoever! I cant stress enough what a cracking bike this is. I am only selling because we plan to go travelling for 12 months or more next year and I dont want to leave it laid up for that length of time. that said. this is the third and final time I will be advertising it here - so if you like what you see. make a realistic offer and who knows! Inspection welcome. Payment by cash or cheque/ bankers draft. Please note funds must clear into my account before I release the bike. Thanks for looking!P. S. - I would consider a swap/part-ex/you buy mine. I buy yours. under site rules etc - for a Porsche 911 or Boxster. email or phone me with details. Thanks again. 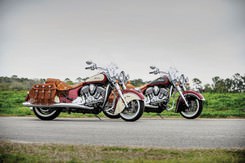