Immaculate Harley-Davidson XL1200C CUSTOM SPORTSTER. 2012 model. Only done 1259 miles! 2 1/2 years MOT. 9 months road tax (feb 2014).  Extra comfort backrest (genuine parts) Harley back pack and other goodies included.  GENUINE REASON TO SELL (I am leaving England).
I am sorry to have to put this up for sale - Its something that I never expected to do after setting my heart on it and finally getting it back in March 2012. But things happen and my plans have changed. As i mentioned I am looking to emigrate somewhere asap and thus my Harley is now something that I won't need. My Dad is totally in love with it and has just started having his own bike lessons now so you may have to be quick as I often catch him looking longingly at it!
It really is in 100% condition (I'm a girl and I look after my things!) It comes with the Harley backrest which i had added as an extra (see pics) and the backpack. bike cover and other bits (see other pic)
EXTRAS: Chrome Grips. Chrome pegs. chrome mirrors. CrashBars. L. E. D. Rear Light. Rack. Forward controls. Braided cables. XL detachable chrome sideplate. Low pad. XL engine guard
Its brand new - full service history (1 so far! Jan 2013) nothing was needed and nothing looks to be needed doing in the near future.
It rides so easily - the low centre of gravity means it can be easily manuvered even by light people :) and obviously the 1200 engine takes off at the drop of a hat. Sounds epic - its a Harley :)
Any questions please please ask! Come visit me any time Eastbourne East Sussex
I am willing to take very near offers. :) 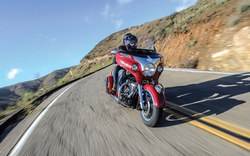