This Is my pride and joy 2011 Harley Davidson Nightster with 883 Iron bodywork and wheels.

Originally built like this by Wars Harley Davidson as a "special" so there probably aren't to many of these floating around.

The bike is in my eyes mint. there are a couple of marks on the rear mudguard but they are very very small. I am a motorcycle technician for triumph so the bike has been meticulously maintained by myself since owning the machine. It has full service history and needs for absolutely nothing and only comes out on the DRY days!

I have all relevant paperwork for the bike including the Harley man bag and screaming eagle tuning box.

The extras on the bike are as follows.

The previous owner had an issue with the clocks so they were replaced with a new set under warranty by Guildford Harley and the millage was recorded In the service book. It has covered a total of 2743 miles.

Genuine reason for sale. I need  the money for racing. you cant have it all I guess :(  its such an awesome machine if it didn't have to go it certainly wouldn't be!! all that said I am by no means in any sort of rush or desperate to get rid so please no silly offers etc.

Any questions regarding the bike please ask and viewing is welcome. 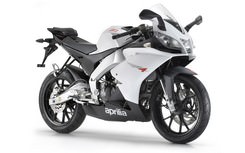