This is a 1960 Li series 2 running a MB DEVELOPMENTS 205 Racetour tuned top end old school Yamaha reed block THE BIG ONE from the 90s. MECUR crank. 12v electronic ignition. Italian LI150 GEARBOX. Cambridge Lambretta 5 plate crown wheel. Mb spider and Surflex plates. Brand new Chiselspeed ADS EXHAUST. 35MM FLATSLIDE MIKUNI carb. This goes rather well as you would imagine. I have only done about 500 miles running in since a friend of mine in the Lambretta club of Scotland rebuilt the engine for me so it still has about that again till its fully run in. This will go someway to explain the mint condition of the scooter that you see before you after this long restoration. It has taken me a long time to collect all the parts required to build this Series 2 to exactly how I wanted it to turn out. The paint job is a beautiful cream which makes the Metalflake Purple stand out even more and the chrome work and stainless steel items really do finish it off completely. All Italian bodywork . es it has an Innocenti stamp by the frame number. Cambridge Lambretta and Mb developments SEALS AND FIXTURES throughout. The Disc brake was chromed by Quality chrome then rebuilt professionally by Cam Lam and converted to Hydraulic using a Nissin master cylinder. TV IGNITION SWITCH. gear change and switch housing chromed after having Yamaha gear change conversion by MB. The Cream paintwork was carried out by Celtic custom in Perth and the metalflake was done by Jubilee Scooters . t is a Purple metalflake with rainbow flake on top finished with House of Kolor urethane Kandy. This is absolutely stunning and a really nice take on the usual straight 2 tone paint schemes that are so often found. The photos really don't to the paintjob justice . Nothing has been overlooked on this restoration and has turned out to be the Series 2 that I always wanted back in the 90s but could never afford !!!!! I will be very sorry to see it go but due to expanding family its too nice to be left in the garage getting little use. I also had built by Mark Broadhurst a TS1 225 ENGINE REQUIRING ONLY A CLUTCH ASSEMBLY TO FINISH but as this was destined to end up in this scooter that too now is up for sale . lease see my other items on ebay for full details Please feel free to phone me for any further questions regarding the scooter . This is advertised elsewhere so we reserve the right to end this auction at anytime. Phone 07889 927198

a deposit of £200 is required to be paid into paypal by the winning bidder not £500 as stated further down. this was a typing error. the remainder to be paid on collection of the scooter. 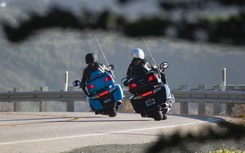