Both bike and sidecar in excellent condition. Gloss black and chrome. Electric start. left hand gear change.    Mot till 4/14 . tax till 3/14. If the price is right then i will mot and tax for the year. This is my first outfit and i wanted to give it a go . but sadly its not for me so its up for sale. There is a small but usefull luggage rack on the back of the sidecar. The two previous owners were in the same family and elderly gent and his son. so this outfit has been cherished and i don't think its seen any rain . The mileage at 1447 is genuine and can be verified from previous MOT's. If this is what you are after then i doubt you will find better anywhere for this kind of money. The original zinc plating is still on many of the cycle parts. The sidecar has a tonneau cover as can be seen. and an additional rain hood to keep your passenger in the chair dry is stowed in the boot area behind the sidecar seat . Tyres are good and its ready to go. The sidecar is £4600 new and the bike on its own is worth at least £1800 . Please note no paypal - bankers draft only - i cannot deliver. sorry - and i will not ship it anywhere - it is advertised elsewhere so it may go quickly.  Thanks for looking and  you are more than welcome to come and look before you place a bid . i am 2 miles east of Nottingham city centre. 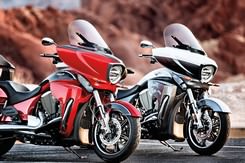