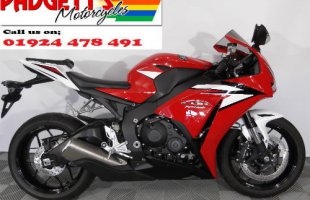 Padgett's can offer a 1 Bike only deal! Brand New. un registered 20th Anniversary Fireblade. Ready to go on a 13 reg plate. with 36 months 0% finance! Deposit just £4395. 00 or part exchange deposit accepted.
Secured the the Honda Master scheme. offering you a FREE datatag kit fitted to the bike.
And for only £350. 00 we can upgrade and fit a full Thatcham approved SYSTEM 4 Alarm from Datatool!
This is a one bike offer. and once the bike is registered and gone. it is GONE!
Call Now. 01924 478 491
"Under the overall development concept of "natural evolution of Super Sports". the 2012 CBR1000RR development team have concentrated their efforts on the chassis to enhance riding enjoyment even further. In particular. new wheels and new front and rear suspension systems have been introduced for even better handling. traction and braking performance. The advanced Balance Free Rear Cushion rear suspension is a world-first for a production motorcycle.
The team has also created a new. even more aggressive styling to better communicate the dynamism and sheer speed of the new CBR1000RR. In addition. the already comprehensive instrument panel has additional functionality making the bike more user-friendly. helping riders get the most from Honda's most exciting and advanced Super Sport machine yet: the 20th anniversary CBR1000RR Fireblade. "
Padgett's Motorcycles are the UK's longest standing Honda dealer. offering supreme Honda Sales. Service. Clothing and Parts services.
Don't miss out on your new Blade with Padgett's
01924 478 491 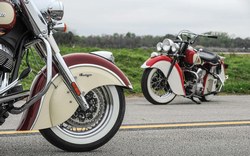