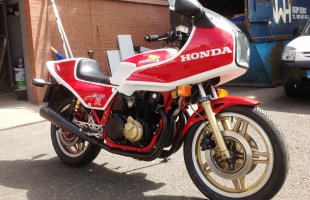 Honda CB1100RB Hondas 'Ultimate Air cooled Four' Homologation Special 1981. I have reluctantly decided to sell my Cb1100rb. Theses bikes are getting very rare now. I have owned the bike since 1996. in that time I have carried out considerable work including a full engine rebuild with some subtle upgrades to improve things. I have tried to list below some of the main works below.  Suspension: Front forks have been fitted with Progressive forks and a telefix fork brace. Rear swing arm is fitted a pair of Ohlim shock absorbers also the original ones come with the bike.
Engine: Was fully rebuilt with no expense spared new cam chains and followers new primary chain. cylinder head rebuild. The oil cooler is fitted with new braided hoses.
Frame: I had the frame and the fairing frame powder coated. the colour was matched to the original Honda colour.
Electrics: New sealed 'Motobatt' battery just fitted.
Brakes: All the hoses were upgraded to braided hoses. Front and rear calipers powder coated and rebuilt
Exhaust: Recently I bit the bullet and commissioned the fabrication of these 4 into 2 original spec stainless steel exhaust's. These are more or less identical to the origional. including the matt finish.
Bodywork: The seat unit and the tank were repainted some years ago. there are a couple of chips along the bottom of the seat unit and a small crack on the paint under the filler cap on the tank.
The bike has a years MOT is on a sorn at the moment but may be taxed if the weather improves.
You can view the bike in Edinburgh. I would like a £200 deposit paypal the rest as a bank transfer or cash. Sorry no test rides. 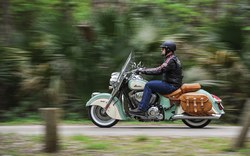