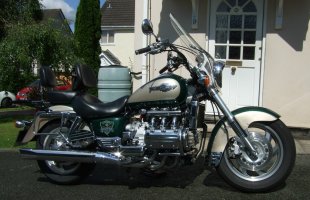 I am selling my Valkyrie F6C. I have owned it for 10 years and my wife and I have had some marvelous times on it. It comes with loads of extras and I would advise that you go to it's own website where you can see it's history. a lot of photos and a list of extras. The MOT Certificate expires on the 7th July but I will take it on a 12 mile journey to get 12 months MOT prior to releasing the bike to the new owner.

1) I won't allow test rides unless the full amount is paid in cash beforehand.

2) I won't sell to anyone from a foreign land unless I know them.

3) I won't sell to anyone wanting to buy it without seeing it.

If you want to see the latest photos from the bikes latest outing then visit https://www. dropbox. com/sh/fk73nj2q40sbafz/bcxPJY3x11 I and my cousin returned home from the Swiss Crazy Run 2013 yesterday. I took the bikes in a van so they only did the 1000 miles of the run itself.

Why am I selling it? To finance the conversion of my van into a Camping Car to take a smaller bike in the back.

Any questions. please ring me or e-mail me. 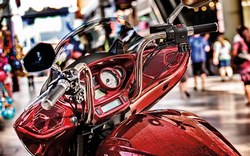