Up for auction is this RARE opportunity to purchase this race machine which the previous owner has obviously spent a lot of time and money bringing it to this standard. Below are the details of work done which has been given by the previous owner:
Originally the bike was built as a Triumph Metisse in 1994 by Stuart Gary. using the very best of components.
He went on to win the Scottish Classic Championship on it and campaigned very successfully both in Scotland and England. As he wanted to race the 750 Class in England. he put up for sale and bought a Triumph Triple.
I was racing a 750 Norton in Featherbed frame and doing ok. but was down on power. the bike handled great and was good in the wet. I wanted more power and Stuarts bike was the obvious choice. The bike came to me with £7000 of receipts for parts and engine work.
I had two dreadful seasons on it. the first one with the motor not running well at lower revs then coming in hard as the throttle was wound on (not good).
That winter the engine was stripped and we discovered well worn cams. the engine was rebuilt with all new bearings. new Z cams followers etc. valves guides. gearbox. bearings etc. the engine had been running semi-synthetic 10/40 with stronger valve springs and deeper collars. We changed the set up to normal springs. collars and changed to Mineral 40 oil.
The following season she went like a train. the next problem was that I kept falling off almost every meeting the back end would let go. So the next winter I stripped the bike completely. refreshed the engine and got another featherbed frame and Marzocchi Forks. replaced the hagons with Falcon shocks and rebuilt the bike. The following season went well. usually in the top four or five and no falling off but as usual I was still not happy! I was also racing a V4 honda and wanted the Classic to handle a bit more like a modern bike. so that winter I rebuilt the bike with 38mm Marzocchi forks. Ducati yokes. new longer Falcon shocks. many rolling chassis mods. braced headstock and a front fork rebuild suing Race-tech cartridge emulators. that season she went very well. getting me a second place (and I'm not very good).
The following winter I did some more work on the engine. new 38mm smooth bores. new stainless exhausts. alloy seat. new fairings and changed to R40 oil. The next season she was really flying. so the end of the season came and rebuild again this time the engine was completely redone. all new bearings. new liners. pistons. nbsp;bushes. crank breather installed and a host of other mods done. she has been fired up but not run in anger. the oil was changed and the bike laid up as work got busy and I had stopped racing time money and age were against me!
I have spent several thousand pounds on this bike over the £7000 previously spent by the previous owner and its a waste if she is not racing.
This is really an immaculate bike. everything is polished and properly looked after. tyres are new. well the front one has done about five laps. the back is unused.
She is a great off the line bike. usually first or second into the first corner with loads of grunt. If I were to change anything. I would go back to Mineral 40 oil.
That is the bike;s complete history. She is easily capable of winning a championship in the right hands and was regularly up against machines built by top tuners.
All engine internals are NRE (Nourish Racing Engines). Morgo. Newby etc. The only Triumph parts are the crank cases.
Please look at the pictures and read carefully - contact via email or ring 07958253430 for viewing and further details. If this bike is sold on Ebay - a deposit of £200 will be required via PayPal within 24 hours of end of auction.
This bike is advertised elsewhere - will be removed if sold - so be quick and place your bids to avoid disappointment.

triumph thunderbird nightstorm one only
2015 UK 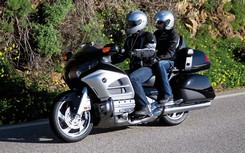