There are now a limited number of these special edition's available!

Buy this bike with Kestrel Honda and recieve your free spares kit which includes;

Introduction
Championship winning motorcycles cannot stand still; even though a Honda CRF250R won both U. S. Supercross Lites titles in 2012. knowledge acquired in both campaigns has been fed into development of the 2013 model. Large improvement in racing performance is often the sum of many small. marginal gains and nowhere is this more true than the highly-competitive 250cc motocross arena. where even the smallest change can have the biggest effect. Honda has chosen to carefully evolve the CRF250R. as it has proven to be what is one of the most complete and well-balanced 250cc packages available to buy. enjoy. and race.

Model overview
Honda's engineers focused their efforts around the CRF250R's engine and suspension performance. The engine's response at low and mid-rpm has been boosted thanks to recalibration of the fuel injection. while the rear shock has been revised with new internals and damping rates. The front fork has a new. stiffer spring with damping to match. Taking advantage of the suspension's upgraded performance are new Dunlop tyres; offering improved traction the rear also saves weight.

Engine
The CRF250R's 249cc. liquid-cooled four-valve Unicam engine has always impressed riders of all abilities with its broad spread of useable power. everywhere in the rev-range. plus a pin-sharp and instant throttle response. Bore and stroke remains 76. 8mm x 53. 8mm. with compression ratio at 13. 2:1; the 30. 5mm titanium inlet valves and 25mm steel exhaust valves are unchanged. For improved drive and traction out of corners revised mapping of the PGM-FI fuel injection has boosted low/mid-range torque and power. and also allows the engine to make a little more power at peak rpm.

Chassis
The CRF250R's steering geometry. aluminium twin-beam frame and swingarm are unchanged. but the Showa 48mm inverted cartridge forks feature new springs with a stiffer (from 4. 4 to 4. 6 Kg/cm) rate. for more precise handling through extra-rough sections of track. The forks' internal sub-piston diameter has increased from 35mm to 37mm. for improved low speed damping. Both rebound and compression damping can be adjusted through 16 positions. A redesigned internal damper adjuster bolt (up 2mm in diameter to 11. 5mm). guide and coil spring improves the Showa rear shock's high-speed control and bump absorption. Damping rates are firmer to suit. The Pro-Link rear suspension has 12. 3in travel. plus spring preload adjustment and 17-position rebound adjustment. Compression damping is separated into 13-position (low-speed) and 3. 5 turns (high speed). The Dunlop MX51 Geomax 81/100-21 front tyre features a subtle tread pattern change that helps traction and aids rider confidence.

DELIVERY AVAILABLE THROUGHOUT MAINLAND UK (contact us for a price).
PART EXCHANGE AVAILABLE.

*Finance is made available subject to application and status. If you are under 25 years of age a parent or guardian. who is in full time employment will be required as a guarantor. All repayment and APR figures assume finance is provided by Honda Finance. Should finance be agreed with an alternative finance company. the rates and repayments may alter. Written quotations are available upon request. Please note images are for illustration purposes only. 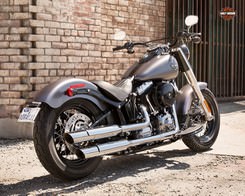