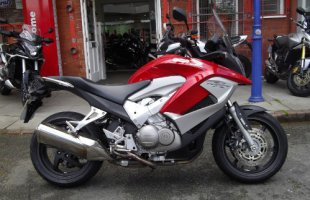 2011 11 Reg HONDA VFR 800X. 2. 50 miles. Red. This one is our demo bike. The Crossrunner is a radical new concept that provides all day comfort and effortless handling in the city. exhilarating performance on the open road and the ground clearance and suspension travel needed to truly bring out the adventurer in you. A 782cc V4 engine provides the Crossrunner with an incredibly smooth power output. Wide handlebars and an upright position have been incorporated to give high levels of stability and manoeuvrability as well as all day comfort and great visibility. The dual layered fairing completes the rugged. purposeful look and benefits the riding dynamics by enhancing stability at higher speeds. With great handling and stability. good ground clearance and ample suspension travel you can take on the bumpiest cobbled roads and dust tracks to get to your destination. £7. 95p/x considered 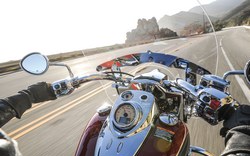