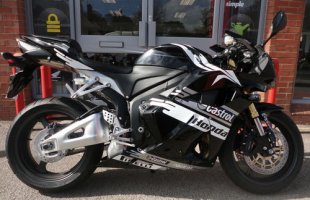 HONDA CBR600RR 600cc. 2013 13 Reg. Black. Pre Registered CBR600RR has been completed in stunning full Castrol Honda race decals. This bike is a one off and is a thing of real beauty that will make every other 600 sportsbike rider very envious. A masterpiece of racebred engineering. the CBR600RR has continually raised the bar in both track and road performance. Its ultralight weight. mass centralisation and compact chassis ensure that its blistering power is balanced by easy. natural handling and faultless road manners. Its potent engine delivers immediate. exhilarating torque. while its fairing is aggressively aerodynamic. enhances stability and allows maximum enjoyment of the machines performance. Come grab yourself a bargain. plus Doc Fee. £8. 95 p/x welcome 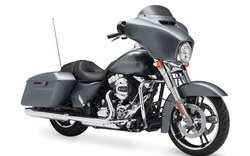