. FINANCE AVAILABLE. The 1979 Phil Read Replica was based on the Honda CB750 F2 SOHC in-line four and only 150 of this truly stunning bikes were made with only around 35 remaining. Former TT rider and frame builder. Colin Seeley. was commissioned by Honda to celebrate the success of the Isle of Man race bike. We are offering the oppurtunity to own a piece of history in the form of our very original Phil Read Replica. our bike is a beautiful example having covered 20. 00 believed to be genuine miles. This bike really is a truly a visual marvel and still sounds as fierce as the day it left the factory. Please do not hesitate to book your inspection as this rare bike will not be here for long. Deposit secures this vehicle. 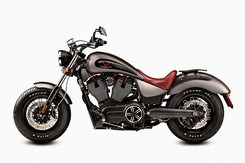