Harley Davidson. V rod. 2003. The bike has done 19000 and has a FULL service history including the service book and all invoices from new up to the last major service. It is taxed until July and has Mot until September . All previous Mots present. The bike is stage one. Vance and Hines exhaust. K and N air filter. Polished wheels and forks. Nearly new tyres. Tourer seat and backrest and rack. HD alarm/immobiliser . Both keys and both fobs. Apart from two little dinks on the air filter cover the bike is spotless. Sorry about the upside down pics but I can't change them but if you have any questions or want some more pics just email and i will get back to you.

Viewings more than welcome but no silly offers please . Already had the scammers trying it on so come and view it and its Cash on collection or we can nip town and do a bank transfer. Thanks. 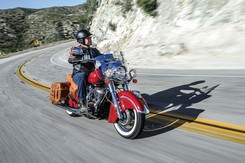