In Showroom Condition a real beauty

The bike was bought because my wife not being a biker did not want to go on a touring holiday with me on my ZX10R and so we took the plunge and bought the GTR.

We have just returned from our trip around Europe but she has decided touring is not for her and so we have it up for sale.

The bike will be serviced and ready to ride away.   A few features i'd like to mention are:

Comes Complete being the Grand Tourer Model with Topbox and both side boxes. side boxes have luggage cases inside them with carrying straps

Electronically locked glove box. Keyless ignition. Fob in your pocket allows starting when you walk up to the bike.

Full digital dash board showing tyre pressures. outside temp. nbsp;Range with fuel on board. distance covered etc also an eco light illuminates to show you your riding economically.

Hold the mode button while riding and another eco light illuminates. the ecu changes the fueling map for more mpg when on motorways etc. Dusseldorf to Calais to the uk was done on a tank and half of fuel.

At the end of the day please look at my feedback. I will not mess you around. This Auction will require a deposit of £100 non refundable. Remaining payment in full on collection.

You will receive a payment request through paypal for the deposit not long after the auction ends so please pay to secure the bike. Thanks and any questions please email through Ebay and I will do my best to answer your question. 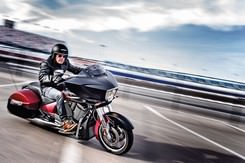