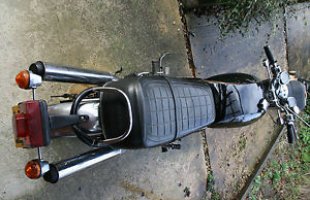 This bike has had 2 previous onwners. so I must assume the milage of 44488 is genuine. Just had it serviced. carbs balanced and tuned. Also has 1 year full MOT. Starts nice and easy. and has to be considered to be in good to very good condition. The engine sounds great as you would expect it to. There is a slight dink in the tank which won't show in a photo. this is hardly noticeable you have to get it in the right light to see it. The rear wheel has some surface rust apart from that it is as I say in good condition. Ready to ride away. I have some spares which can be sold at pickup if required. exhausts. a petrol tank. gasket sets etc. This is a very good example of this model. the buyer will not be disappointed. I have all the paperwork present including old MOT's. V5. insurance docs. bill of sale from new etc etc. Pickup only from HP22. payment cash on collection. Collection to be within 2 weeks of end of auction. There is no buy it now price. the auction will run to completion

This bike has always been garaged and has been started every 3/4 months to keep the oil churning around the engine. Am selling as I am moving to France later in the year. hate to sell it but cannot take it with me.

Any questions please ask I will be as honest as I can. 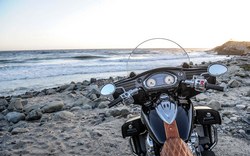