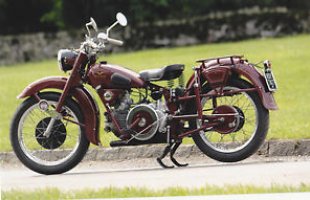 I bought this lovely old Moto Guzzi in 1997. from the UK's Guzzi marque expert. Ian Ledger. Ian imported this machine direct from Italy in the early 1990's. and up to that time. it appears to have spent its entire life in the service of the Rome police. Ian intended to refurbish the bike and keep it for personal use. but agreed to sell it to me when he got deeply involved in other projects.

This bike was authenticated as a “1948 GTV” by an official factory letterwhich Ian Ledger had obtained from the Guzzi works in Mandello del Lario. taly. I have the original on file. It was first registered in the UK by me in February 1997.

Over the past decade. I've had the bike fully restored mechanically and re-painted in the original shade of maroon. No expense has been spared to make this bike as near “ride perfect” as possible.

Right from the start I was impressed with the solid character of the GTV – its build quality is very impressive by any standards. Unlike so many English bikes of the

Long periods without discomfort. In this connection. one small detail is worth noting…. Rather unusual for its time. the GTV's handlebar assembly is rubber-mounted which no doubt adds to the overall comfort on longer runs. Much as I love this bike. one shouldn't get too carried away and it would be totally unrealistic to compare it to today's 500cc “rocket ships”. After all this is a machine whose pedigree goes back to the 1930's and beyond. Careful and regular maintenance is essential if one is to enjoy this bike to the full. and. as with any 60-year old motorcycle. it does need to be ridden sympathetically

Over the years. this GTV has won four awards at various classic bike meetings in the UK – details of which are shown below;

In September 1997. at the Frome Classic Club's premier annual event “The Circuito Del Mendip”. the GTV was awarded a shield for the Best Italian Bike. In August 2002. at the end of the Taunton ad District British Classic Motorcycle Club's annual 100-mile “Exmoor Run”. the GTV was given a special award of “ Marshal's Choice” which was commemorated with a shield. Eight years later. in August 2010. I entered the Guzzi GTV for another 100-mile “Exmoor Run”. This time it received the number one accolade of “Best Bike Overall” by the Taunton ad District British Classic Motorcycle Clubs's panel of independent judges. and I was given the appropriate trophy to be held for one year. The following month. on the 20th September 2010. there was another award for this lovely old bike……. The GTV was chosen “Best Bike Overall” by John Haynes. the boss of Haynes Publishing. at the finish of the inaugural Jeff Clew Memorial Run at Sparkford's Haynes Museum. When presenting this award. John Haynes announced that he made his personal selection of my Guzzi GTV from the large classic bike entry because he thought my bike was not only good to look at. but well looked after and obviously ridden regularly.

CONDITIONS OF SALE – AND RELATED ITEMS

The bike is now offered for sale for a combination of reasons. In a nutshell. I have too many bikes on the road at present. I am now in my middle 70's. not in the best of health. and riding much less. For my part. it is a genuinely reluctant sale not least because the bike is such a joy to ride and is –right now- in first-class. useable condition in all departments.

Included in the sale is an original Parts Catalogue. There's also an original Moto Guzzi Workshop Manual complete with a full English translation plus quite a few other useful parts and accessories.

The bike itself plus all available documents can be viewed by appointment. I am also happy to start and demonstrate the bike. but I regret that I cannot allow interested third parties to take this bike on the road and ride it away solo. It is. of course. a “single saddle” machine without pillion footrests. I should add that the GTV is taxed until September 2014 .

The current prices of certain Guzzi singles in mainland Europe – particularly in Italy and Germany- have more or less trebled over the last ten to fifteen years. GTV's Falcones and Astores in mint condition and with full provenance can now fetch over 20. 00 euros at the major Italian autojumbles held each spring in Novegro and Reggio nel Emilia. ( Prices are lower in the UK. but not by very much. )

This machine carries a starting price of £12. 000. for one very good reason. Unlike so many old machines which look good at first glance. but. in service. are often found to be full of flaws- this machine is about as near “ride perfect” as you could get following a careful and expensive restoration over several years. This machine has always been scrupulously maintained and serviced and still rides like a true thoroughbred. The UK Guzzi marque expert Ian Ledger of Stream Cottage Classics in Barrington. Somerset knows this machine well and can provide an independent opinion on its current condition.

The bike and all documents will be released when the buyer's full payment has been cleared.

For a recent. unbiased verdict on the Moto Guzzi GTV. a prospective buyer could do no better than read a review of my actual machine which was featured in THE CLASSIC MOTORCYLE in June 2010. The magazine's tester. Andrew Westlake. spent the best part of a day riding it around the Mendip countryside. After which. I happen to know that he spent many hours carrying out his usual thorough research into the machine's history and development. I think it's fair to say that Mr. Westlake was rather impressed by this lovely old bike. I have photographs available for anyone who would like to see this article.

If you have less than 10 poss feedback please email me before bidding with your name. address and phone number.

Cash on Pick-up Only. 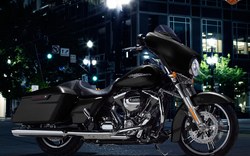