In as new condition throughout

The Racer is now the only sport version of the V7 and the model in the range with the metallic tank. enhanced by the specific chroming of this elite version. Manufactured in a numbered limited edition as shown by the commemorative plaque on the steering yoke. the V7 Racer stands out for the executive refinement of the details as well as the elegant leather strap. This is a clear reference to legendary bikes of the past. as are the metal accents of the Moto Guzzi badge which is colour-coded with the frame. The red frame. itself inspired by the legendary early V7 Sport with CrMo frames. is the result of a special painting treatment extended to the hubs. wheels and swingarm as well. which accentuates the architectural purity of the frame.

Perched on top of the frame's tubes is an ultra sporty single-seater saddle (a two-seater saddle and pillion footpegs are available as optional accessories). upholstered in suede and terminating in an aerodynamic tail fairing that also incorporates lateral race number panels in true Seventies style. With its tiny Plexiglass screen above a race number panel. the top fairing - an exemplary expression of the Guzzi school - cites the front of the legendary Gambalunga. This unequivocally sporty element is in perfect harmony with the new design of the front mudguard. One of the most distinctive features of this unique special edition is the widespread use of brushed. drilled aluminium. This hand-crafted treatment. which requires superb artisan skill. has been applied to the side panels. the throttle body guards and the silencer mounting brackets.

WE SPECIALISE IN CUSOMISING YOUR V7 FROM PAINT JOBS TO ACCESSORIES 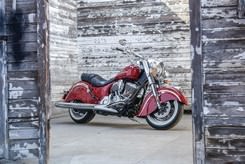