This is a real nice example of how a harley should be kept. Clean bike as you would expect with this low mileage. Delivery to anywhere in uk arranged by us within 4-5 days for £150 (may be slightly higher for highlands of scotland). The price shown is the Straight Sale Ebay Special Offer Price. trade-ins can only be accepted by taking your bike to our showroom and will be against the standard showroom tag price which will be higher. All bikes bought by customers without having seen the bike in the flesh come with a 5 day right to refuse after delivery. for peace of mind. We are one of the largest main dealers in Northern Ireland and regularly send bikes to customers in GB. Thanks for looking and for any other details give us a bell. 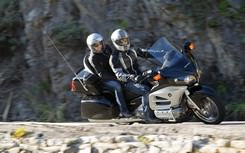