hi all. this is my ktm 990 adventure for sale.
The bike is in fantastic condition and only done 5400 dry miles.  The bike comes with front mud guard conversion. ABS brakes. 2 owners from new. Factory fitted meta system alarm 2 fobs. xenon headlight. heated grips. factory onboard tool kit. full service history. 9 months tax.  12 months mot.  good tyres. 3 keys. log books parts cd user manual and folder. A fantastic bike to ride and took me back to my moto x days. A 1000x more nimble and a lot lighter than the bmw adventure this bike would actually go off road with your luggage and love it. Reason for sale.  I had planned to go around the world on this bike with all good intensions but unfortunately the realities of life reared there ugly heads again so the trip will be delayed for another year. The bike is just too good to be just sat on its arse for a year so here she is for sale.  Any questions call carl on 07734536364 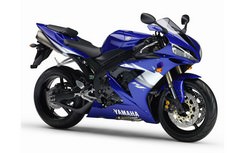