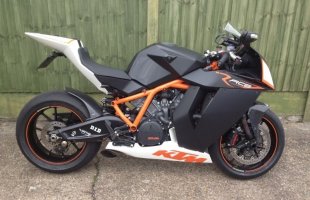 Here we have my awesome RC8R for sale. this is not a bike for the faint hearted it is the last of the big V twins without all of the rider aids. This is a bike that relies on the skill of the rider to control a beast of an engine. It is one of the best bikes I have ever owned. it has loads of grunt in any gear but is so light and agile that you can throw it around the tightest twisty roads with ease and with the sexiest looks that turns heads wherever it goes. It also has full ergonomics. which means that everything is adjustable on it. bars. pegs. levers etc which is great for the less agile folk out there like me.   It has the expensive and lighter Marchesini forged wheels (before they changed them to the cheaper heavier wheels on the newer models. I have been told they are £3000 to replace)  with Metzeler Race Tech Interact on them (the best tyres in my opinion which still have 4-5 ml of tread left on them).
The extras on the bike are:-
ASV C/5 series unbreakable levers
R & G tail tidy
Carbon front mudguard and carbon rear hugger
And last but not least a FULL Akrapovic titanium exhaust system which was over £1800.   I have all of the original parts as well. to be included in the sale. there are 3 keys including the orange key.   The last service was done at 3. 79 miles. it has now done 4. 90 miles which means I have only done 1. 11 miles on this bike in 2 years. It has just had its first MOT and passed with flying colours. it is taxed until 31st October.   I also have a rear pillion pad and a pair of Michelin Pilot Power tyres which I took off the bike when I first got it.   They are also included in the sale and have 4-5 ml on them.   It has an Optimate fitted to keep the battery fully charged when not in use. I will even throw in the front and rear paddock stands.   This bike has never been ridden in the rain. it has never been crashed or scraped in any way. it is in excellent condition.   I am really sad to see it go but I have now got to the age where I am using it less and less so have decided to let someone else have the pleasure of using it. Whoever buys this bike will never be disappointed and it will always put a smile on your face and make your heart race when you uncover it. like me.   Any questions please call or text Mark on 07723364289. Bike is to be collected from near to Junction 27 M1. Nottinghamshire.   No time wasters or tyre kickers PLEASE!!!! Only genuine offers will be considered. test rides will only be available if the full amount is left as a deposit. If you are genuinely interested you can pay a £100 deposit via Paypal to reserve the bike for 5 days with balance in cash due on collection.
I am happy to sell the bike for £1. 00 less without the Akrapovic exhaust system. 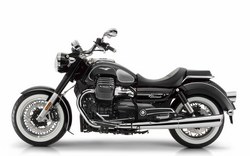