Looking to sell my beautiful Kawasaki Z1A as I really must reduce my bike collection. I will also be listing a few others over the next few days/weeks when I get the time to do so but I have just started a new business so it may take longer than I expect - very time poor at this moment! However I am starting with this one as it will only sit in storage which will be a real shame. This is not an over polished show pony - it looks in fantastic original condition.

I will list below the spec and details of this Z1A which I believe to be in the very best colour scheme:

Fantastic conditionRides perfectly - this is genuinely the best handling Z1 I have ever rode (not sure why though. but does feel very tight and together when riding it) Only 32. 00 miles - believed genuine. MOT's to back up the mileage for the last 10 years. Only done 2500 miles in 10 years
Genuine Kawasaki exhausts with no rust or corrosion
Oil tank presentOil pump presentFrame re-painted about 10 years ago so in great condition (yes painted and not powder coated!)Refurbished clocks fitted and needles do NOT fluctuate. All the chrome is perfect. In fact you would say that the front and rear mudguards are brand new - which they aren't.
Engine casings virtually spotless. Spend half a day cleaning them and they will be.
Matching frame and engine number (within 80 which is classed as matching for Kawasaki Z1's)
Only 2 owners since being imported from the USA back in 1999. MOTCarbs cleaned and balanced only 1 month ago. New fuel tap fittedNew battery fitted
Brakes are perfect - in fact this is the best braking Z1 I have ever owned or rode. The not so good bits are:
Small mark on one of the top exhausts (not that obvious though). If you want it 100% perfect it will need re-chroming
Very small mark on the rear fairing paintwork underneath the seat - again hard to see.
Sorry no tool kit present - never has been. Brake master cylinder could do with powder coating to make it look 100% perfect. Loathed to replace it though as the brakes work brilliantly (for one of these anyway)
Top cam cover bolts and head bolts have very slight rust on the chrome - may try to polish off if I get time.

This is a genuine sale so please buy with confidence.

Due to the amount of scammers around these days I will only take payment by BACS or cash. I will not accept a personal or bankers cheque.

Please feel free to call me on 07977 277839 if you need any further information. It would be appreciated if only serious buyers call me though.

Many thanks for looking 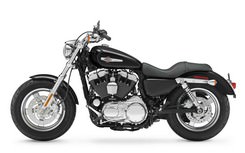