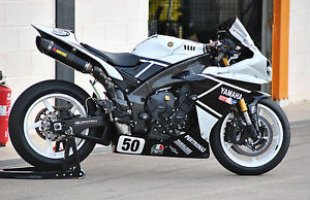 I purchased this as a road bike but converted for the track in 2012 and have since enjoyed many track days both here in the UK and over in Spain.

This bike is a real head turner and is always a popular discussion point with other bikers and the general public - I often get asked my permission for them to take photos when she's parked up!

I still have the V5 for the bike and last year I put a daytime MOT on it and I also have the original stock parts that were removed.   I have a personalised registration plate that I am willing to include in the sale (alone worth £280) along with set of spare wheels fitted with brand new Bridgestone wets and additional Pirelli slicks that still have many more track day life left in them.

The bike has done approximately 5. 00 road and track miles although the new Translogic dashboard is showing much less due to a technical fault I had with the previous dash.

The engine is absolutely sound and has not had any modifications as I wanted to retain its efficiency and reliability.  She was Dyno'd last year at 170. 1bhp and I have the printout for this.

I have not ridden the bike since June 2013 but have just done an oil and filter change and it started first time (battery remains on a trickle charge throughout the Winter).

There are many upgrades to mention but I have selected the main ones as follows:

I have many photos if you wish to see more so please message me.

Comes complete with original owners manual (I have the complete service manual on CDROM) and replacement key along with the red key for re-issuing lost keys.

I have a genuine reason for selling the bike which I don't wish to publicise on this auction. 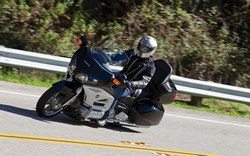