From £9. 99. Low rate finance available with just £99 deposit up to 4 years.
CALL NOW FOR FUTHER INFORMATION!!
The new F3 has all the makings of a class-leading supersports machine. It' much more powerful than its rivals. is lighter and has a host of electronic rider aids. from riding modes. to electronic engine braking control. variable power maps and traction control. It has a counter-rotating crankshaft and is one of the best looking motorcycle creations ever and its three-cylinder motor has a rasping engine note to die for.
Millenium Motorcycles. Thatto Heath. Ample parking available with friendly and helpful staff on hand. Finance offers to suit all budgets. From bikes. to parts and service. to clothing and even a Bistro on site. MMC will be your first and last call for all your biking needs. Find us on Facebook and Twitter @mmcbikes1 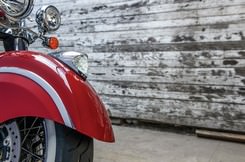