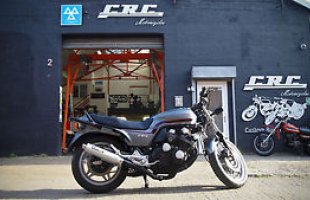 The Honda CBX 1000 was the most extraordinary air cooled engine ever produced. In 1981. Honda switched gears and headed the CBX into the sport touring category with the CBX-B. adding a sleek fairing and panniers. as well as Pro-Link "single-shock" rear suspension and air-adjustable front forks. Honda decided that dual stainless-alloy ventilated front rotors (a first for the motorcycle industry) were needed to stop its 272 kg (600 lb) weight. When the 1982 model CBX-C model arrived. it was nearly identical to the 1981 model. the only differences were paint and trim.

This prolink has been rebuilt by a customer of ours. he stripped the bike down and had everything powdercoated. He fitted a front headlamp to cafe racer it so to speak. loom hasn't been shortened and the front fairing could easily be put back on (supplied). The bike is a good runner with an extensive folder of history. The CBX is fitted with a laser exhaust and standard carbs. All we have done here at CRC is give it a full check over. put a Hel performance braided front brake hose on. Service with frest oil and filters and new Exhaust gaskets as one or two were blowing. Bike will come with MOT and current tax. the perfect touring bike for this Summer to come. Jump on it and Ride it Away.


I would strongly recommend a visit to us here at CRC Motorcycles.

If you are keen on you CBX Specials you should take a look at the CRC6 : http://www. crcmotorcycles. co. uk/motorcycles-mot/crc-6. html

We have lots of other bits and bobs for CBX 1000s. Harris Magnums. MotoMartins Etc.   We could be interested in a Part-ex.


Advertised elsewhere we reserve the right to end the listing early.

Based 2 minutes from the Ace Cafe in London 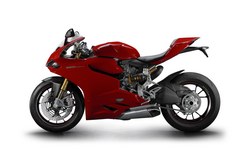