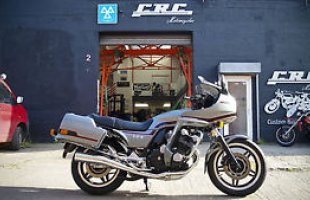 The Honda CBX 1000 was the most extraordinary air cooled engine ever produced. In 1981. Honda switched gears and headed the CBX into the sport touring category with the CBX-B. adding a sleek fairing and panniers. as well as Pro-Link "single-shock" rear suspension and air-adjustable front forks. Honda decided that dual stainless-alloy ventilated front rotors (a first for the motorcycle industry) were needed to stop its 272 kg (600 lb) weight. When the 1982 model CBX-C model arrived. it was nearly identical to the 1981 model. the only differences were paint and trim.

This 1981 Prolink is  in original condition and has been a familiar bike to Carl Woodcock (Mr technical and CBX Engine builder) from the CBX Rider Club. It was purchased from an acquaintance of his. of which Carl maintained and serviced the CBX regularly for him in Yorkshire.   We have serviced the bike since acquiring it. We have changed the oil. plugs. filters. front calipers cleaned and Pads replaced. The front tyre has been changed. We have replaced the rocker box gasket which had a slight weep.   The CBX will be issued with a fresh MOT and Tax on day of purchase. This CBX is in original condition and really is clean and tidy. fitted with the full fairing and panniers it is the perfect touring bike for this Summer to come. Jump on it and Ride it Away.


I would strongly recommend a visit to us here at CRC Motorcycles.

If you are keen on you CBX Specials you should take a look at the CRC6 : http://www. crcmotorcycles. co. uk/motorcycles-mot/crc-6. html

We have lots of other bits and bobs for CBX 1000s. Harris Magnums. MotoMartins Etc.   We could be interested in a Part-ex.

Advertised elsewhere we reserve the righ to end the listing early.

Based 2 minutes from the Ace Cafe in London

Our working hours are  :  Mon-Friday 8-4 we are usually open until 6pm. viewing hours outside of these weekend included can be arranged via appointment. Please call to arrange this. 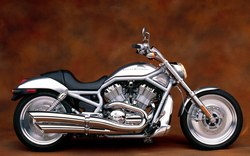