Seller notes: A lovely old 1968 Norton Commando recently repatriated from Canada and ripe for restoration or use as is with its lovely patina. 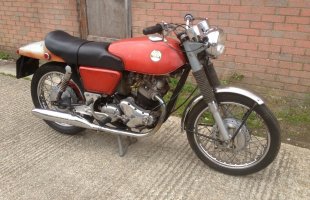 A 1968 Norton Commando Fastback . built within the first six Months of Production. unused since 1974 and believed to have 14000 original miles. Recently repatriated from Vancouver Canada. this matching numbers machine (including gearbox) is 100% complete and original. Still fitted with its original Avon tyres (somewhat past there best now !). has the original Bluemels tyre pump under the seat. along with the toolkit with its King Dick spanners. Originally shipped to Canada in its green paintwork. it was repainted from new (as many were)to red with black pinstripes (appalling applied and not a patch on those carried out by the Norton factory !). The original colour can be seen under the faded red paintwork. Still fitted with the original Dunlop rims. the rear is perfect but the front has signs of corrosion. Compression is good and we will be recommissioning it in the next few days and will report here if there are any issues. which I think unlikely as the engine has not been apart before. Still has the original frame. many were replaced under recall as they had a few failures with cracks around the headstock. this one is fine and uncracked. The only restoration is the seat that has been recovered (the Canadian owner sent it to RK Leighton in the UK to be recovered) and it has new silencers fitted. Original fibreglass fuel tank and tail piece. I do have new Norton Villiers tank badges and the Isolastic badge from the tailpiece. We can arrange to have the bike MOT`d and registered at our local DVLA office. an easy job with the Customs papers and the original Canadian Title which we have. Contact us for a price. or we can register it once the new owner has procured an MOT. Viewing prior to bidding is welcomed. any questions then please do not hesitate to email me or call me on the mobile on 07768 534210. This is a machine that is ripe for a light restoration. a fully restored one is for sale. This is an extremely rare machine and for sale at a very realistic price. Thanks for looking Steve
We stripped and cleaned the carbs today. cleaned and set the points. filled it with fresh oil and fuel and it started first kick ! No smoke or engine noises. the clutch has a smooth action and the gearbox selects perfectly. Riding it up and down the local service road it rides straight and the only thing noted was that the brakes need setting up along with a set of new tyres ! 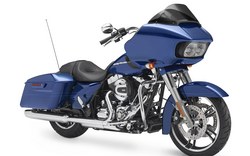