Seller notes: This bike won two shows in 2009 but it has been ridden and has a few small touched in chips on the frame.

I have owned this bike for two years and it rides as good as it looks as you can see by the mileage of 8800. not 100 like most customs. Although the original bike was registered in 1976 not much survived the one off build by Sickboyz customs in 2009. Using their own frame.  (with a little of the original) tank. rear fender and oil tank they fitted a 1200 Evo Sportster engine. one off stainless steel exhaust. JB rear brake caliper. Performance Machine hand controls and micro switches. chrome and rubber forward controls. Z bars with internal wiring. a hand tooled leather seat embossed "Chopster" complete with a waterproof slip on cover. pre load adjustable sprung seat. custom rotors and more that I have probably forgotten.

When I got it and started to ride it an oil leak developed. this was cured with a complete top end rebuild with rebore and new pistons and I had a brand new Mikuni HSR42 carburettor fitted which has meant much brisker performance and a quick warm up with perfect running in colder weather. The bike has been serviced by Richard Auton at Sycamore Harley and the rebuild by Steve Hazell ex Silverstone Harley. I also had a new 240/45/18 rear tyre fitted last year. The bike won two shows in 2009  and although I bought it to ride I have showed it once and some minor detailing would make it a show winner again if so desired. Obviously I do not ride it in bad weather (I have another bike for regular use) and it is close to being mint.

I am now building something myself and do not have space for three. Viewing welcome. I am in Milton Keynes. collection only with cash on collection although I may be able to deliver up to 200 miles for fuel costs only. Any questions via Motorcycles-for-sale or you are welcome to call me (Steve) with any questions on: 07733 306637. 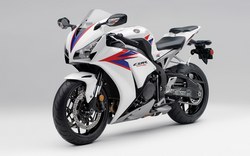