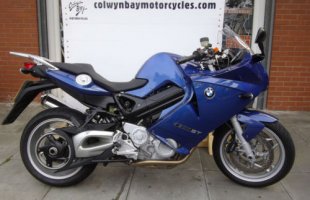 This one comes with heated grips. trip computer. ABS and centre stand. A revolutionary addition to the BMW stable. this BMW has power. style and charisma. It has an excellent engine. superb handling and everyday usability to make it a bike you could learn to ride on yet keep. and enjoy. a very long time after you've got your motorcycle licence. It's a real powerhouse motorcycle. fast riding is a dream on this motorcycle while overtakes will make your hair curl. It holds the road well. handling's brilliant and it takes off like there's no tomorrow. The equipment is lovely! Fuel gauge. gear indicator. adjustable levers. and a bar-mounted control button to run through the endless digital readouts on your comprehensive dash: superb! Fuel goes in at the rear of the motorcycle and pillion provision is good. too. BMW's build quality is excellent and the BMW F800S doesn't let it down one bit. Reliability is equally revered. and with good reason. The BMW F800S is a well put together motorcycle and accommodating loads of well thought out little extras. the motorcycle is built (not just marketed) to really last.
Why not take a look at the Used Motorcycle Finance calculator on our Colwyn Bay Motorcycles website to see the monthly repayment options on this bike:
http://www. colwynbaymotorcycles. com/used-motorcycles/bmw-f800st-abs/ 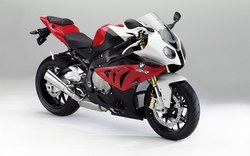