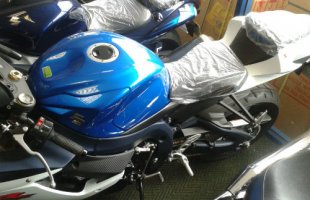 BARGAIN TIME>>> We are clearing our ZERO mileage Pre Registered GSX-R750
This is in Iconic blue/white livery. she is as new. even down to the plastic on the seat!
First introduced in 1985 the GSX-R750 has been the benchmark by which all sports bikes are judged. Benefitting from over 25 years of development and now using a race bred frame. suspension and running gear. our 750 is 8kg lighter than its predecessor. is as slim and compact as the 600 and delivers top 750cc class performance.
For the best GSX-R750 we've ever made. the main-frame has revised geometry. a 15mm shorter wheelbase and a 900g lighter swing arm. The gold anodised USD Big Piston Showa forks are big and beefy giving a more positive feel to the front end with a quicker turn-in. The twin racing Brembo monoblock brake calipers offer the best ever braking performance on a GSX-R750 with a confident control and feel at the lever
The extremely compact and lighter chassis has improved cornering ability and has helped achieve the best power to weight ratio for a 750. Engine development has further improved throttle response and linear power with fuel economy improving by some 10% too. The model also features a race proven slipper clutch. which allows for faster downshifts and deceleration with improved rear tyre grip and stability.
The GSX-R750 has set the standard for sports bikes for a quarter of a century. and continues to be the thinking man's sports bike. 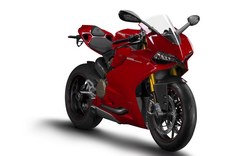