this is an immaculate italian series 2 tv175 a very collectable lambretta as most people would know. the pictures clearly show the condition of this scoot and it really is that good better than it ever would have come out of the factory new. it has been completely refurbed and all stainless fastenings have been used. the spec is as follows if i can remember them all. mola 186cc engine. 0mm delorto carb. 2v bgm stator plate. ne piece alloy wheels. gm front dampers. ong range petrol tank. nd so much more. engine run in and very reliable so ready to use. have been a lambretta enthusiast for over 30yrs and have other scooters so this one has to go as it deserves to be ridden and seen. ou will not be disappointed with this stunning scoot. ome and view it . nd I'm sure you will have to buy it . this ad is through my friends ebay account as i don't have a clue how to get the add on a computer so txt any questions to me. raham 07957 585215 or better still just call me 07957 585215 I'm in milton keynes. erious enquiries only please i know its value so no daft offers thanks. 5500 ovno 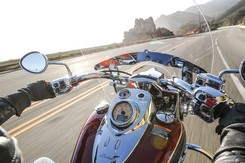