Seller notes: A truly unique and one off motorcycle for the collector and not just a standard (or crashed) bike with replica paint!! Built by Harris Performance when brand new as a show bike in 2001 and owned by me since 2002 when I bought it from them, only just over 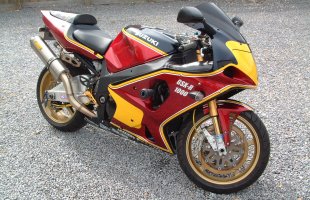 Thank you for visiting this listing for my very special bike built by Harris Performance as their show bike in Barry Sheene Heron Suzuki Colour Scheme for the 2001/2002 winter show season.

This bike truly is unique and irreplaceable as it was signed by Barry Sheene at the 2002 British MotoGP round. see pictures below.

Featured in Motorcycle news. Superbike Magazine (March 2002). Superbike 2003 Calender (January) and MCN "Best Specials in the World" supplement (October 2003). All with the bike!

The bike itself was registered on 1st April 2001 by Crescent Suzuki and supplied to Harris Performance on 20th April 2001.

It was then used by Harris at various shows etc until 1st March 2002. when I purchased it with 535 miles on the clock and brand new Michelin Pilot sport tyres.

I have a list from Harris. dated Feb 2002. of all Mods and their retail costs (inc VAT at the time) which are as follows -

Add to this approximately £1000 for Harris Digital Clock cluster. Harris End can and Power Commander. plus Datatool system 3 alarm immobiliser. which are not listed on the sheet!

To save your calculators. this little lot adds up to £11727. and that is without the standard bike!!

The original. brand new exhaust. clear screen. chain. rear foot pegs and some other odds and sods will go with the bike.

The bike is is mint condition. except for some stone chips to the undertray area. there is no hugger as it has a WSB spec swing arm.

The bike spends most of its time covered up in the garage. I am only selling due to lack of use and only at the right price to tempt me!

I am happy to get a new MOT for the new owner although the current one runs until September 2013 anyway.

No Tax as currently registered under a SORN declaration although is insured so it can easily be taxed for the new owner.

I have the V5 registration document in my name. all old MOT's. the hand books. both Datatool Alarm fobs with fitting certificate and a few receipts etc. plus the magazines etc. as mentioned above.

Thanks for looking and good luck!!! 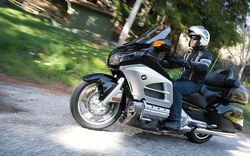