and triumph Daytona throw over luggage bags used once!! - £200

New baby forces my hand to sell this. I'm in no rush to sell and to be honest this bike is my pride and joy and I want to see it go to a careful owner.

As far as theses bikes go. They are truly stunning to ride I've had most bikes known to man and this is by a long shot the best bike I've ever owned! The noise. the looks . the handling. the popping as you change up a gear on the quick shifter. everything about this bike I love!!

£8000 buys this bike and everything ive listed comes with it! I may be open to negotiate close to this price.

New owner will have got a bargain here and have arguable one of the best road going daytona's around fact!

I will also include with bike 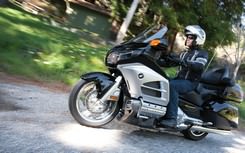