I'm advertising this bike on behalf of a friend and the bike is located at  Burgess Hill. West Sussex. Not Pulborough. Please ask any questions. hopefully I can answer them as know the bike but if not then I can find out for you very quickly.

Bike is fitted with the standard extras for the model. ie ABS. heated grips and both heated seats and BMW paniers. Both Keys are with the bike and it has been Datatagged. There is also a large "Held" cover which goes with the bike. Tyres have plenty of life left in them.

The bike has full service history and has only done a few hundred miles since the service last year.

The bike is in very good condition. as to be expected from its age and millage. but trying to be as honest as possible there are a few little marks which can be seen in the pictures and are located as follows. On the right hand side of the bike on the fairing just under the 1200RT wording.   On the left hand lower cylinder. this is hardly noticeable. but again just highlighting this so the buyer is aware. On both panniers there are a few small scratches and marks as per the last two pictures. 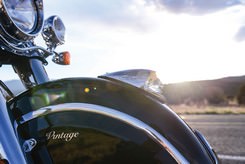