1925 Triumph Model P
The difficult trading conditions of the mid-twenties prompted Triumph to produce a machine that could under cut its rivals on price whilst retaining the excellent finish that had become associated with the firm.
Introduced in 1925. the Model P succeeded in achieving Triumph's aims. selling for £42 17s 6d. a figure that only BSA could approach with their 493cc "3 ½" at £44
It was entirely conventional in design with a side valve engine single cylinder engine coupled to a three speed gearbox.
Despite its low cost the machine was fitted with a chain final drive although the infamous contracting band front brake fitted to the first batch of machines built was an unusual feature and an attempt at reducing costs.
The success of the model in the market place can be gauged by the rate of production . the first 20. 00 having been built at the rate of a 1000 a week during 1925.
Offered for sale is a very early (Feb/March) 1925 Triumph Model P
This model P has been subject to a full nut and bolt restoration.
It has a very unique side saddle rear pillion seat which are a rare occurrence on these machines
The motorcycle is in very good condition throughout following the well executed restoration.
A spare parts manual and full photographic record of its restoration accompany the model P
Offered for sale with Dating Certificate from Triumph Owners Club
Having 12 Months MOT and current TAX
All papers and documents registered in this country.
Export enquiries welcome 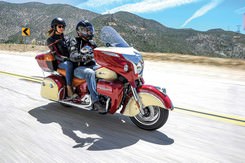