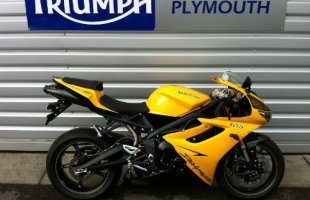 WOW! We have just taken delivery of this stunning. brand new. limited edition Daytona Super III. Mimicking the colour scheme of the original Daytona 900/1200 Super III but also incorporating some other very nice details such as the subtle but stunning union jack on the nose and tail sections of the bike. This model also comes equipped with some trick parts such as a quickshifter. CNC machined Triumph levers. Carbon fibre exhaust shroud. Carbon fibre front fender and Carbon fibre cockpit infill panels. This is a fantastic opportunity to own number 49 of only 75 of these rare bikes. Much of these bikes were shipped abroad by collectors so it really is your chance to own a very rare bike indeed. It really has to be seen in the flesh to fully appreciate it. The pictures just fail to do it justice. With such limited numbers of these bikes available. you'll need to be quick!
Part exchange welcome. Competitive rates of finance available on this bike. Please phone the showroom for further information. Triumph
Plymouth 01752 332795 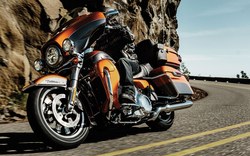