Seller's notes: The bike is used but is in excellent condition as you can see from the pictures. Very low mileage and highly looked after and maintained.
Sale type: Fixed price listing

I am selling my 2008 BMW R 1200GS.
I bought this bike from BMW Williams in February 2013. so the bike will also come with 8 months Dealership warranty and also 8 months BMW breakdown recovery assistance. 24 hours a day. 365 days a year and also covers Europe.
As you can see the bike is in EXCELLENT condition and has been greatly looked after.
With 13. 00 miles on the clock the iconic boxer engine is just being worn in and very low milage for its year.
The bike is still in use so the mileage will be slightly higher than in the picture when purchased.
The manual book contains all the service stamps for this bike offering peace of mind.

I work in Bicester. Oxford. so the bike could either be picked up from here or from the North West. whichever is more logistically sound for the buyer.

The bike will come with 2 keys and also a wallet key. a smaller spare key to keep tucked in your wallet should you ever misplace your key whilst out and about.

£200 deposit online banking or paypal. then cash on collection.

This bike is now listed elsewhere so will be removed if sold not through ebay. 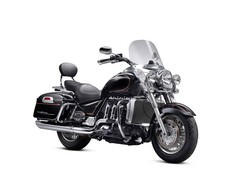