The bike is UK  and supplied by Newcombe Brothers of Chelmsford.   The bike is one owner and although has only done 90 miles. it has been serviced by the supplying dealer twice as the owner can safely be described as fanatical!

The bike has been fitted with the modified metal tank. as opposed to the original plastic item. As you would expect with such low mileage the bike is like new. It has been garaged since delivery and never been out in rain or salt.

Please note that payment is by cash on collection only - please no offers of paying the full amount by Paypal and collection by private courier. Delivery can be arranged under separate negotiation. 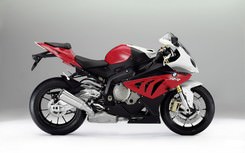