Following a recent accident in which my previous bike was damaged. I purchased this excellent bike for weekend touring with my wife. and for the 80 mile round trip daily commute to work. I have now heard that my previous bike is being repaired and returned to me - I therefore need to sell this bike (can't justify keeping two very similar bikes I'm afraid). Please note that I can happily provide proof of this to the new keeper.

There are no faults on the GS at all. It has not been dropped. and has no scratches. dents or other marks - I've taken several pictures to show this. including removing the panniers so you can see the exhaust and frame.

The bike has nearly every extra available. with the exception of ESA which was not selected at purchase. including on-board computer. tyre pressure monitors. ABS & ACS. LED indicators. and is the only 2010 Namibia Orange bike that I'm aware of (the bike was supplied silver. and changed by the supplying dealer to the first owner in it's current livery)

Since purchasing the bike. I had the BMW dealer fit wind deflectors. a Vario top-box. BMW pillion back-rest. a front mudguard protector and LED fog lights from the new 2013 model (this was the first set to be done on a 2010 model by the dealer).

The only other modification I have made is to refit a practical tool-kit (which was missing). and fit a triboseat non-slip pillion seat cover.

I purchased the bike with 3. 00 miles 4 weeks ago. and am currently adding to this with my daily commute (it currently sits at 4. 00 miles. now at 5. 00 miles and being used daily)

Might consider a trade-in or swap within eBay rules for something interesting!!

This is a stunning 50mpg  fully-equipped bike ready to go anywhere. and is in excellent condition (a credit to it's first owner).

I am in no rush to sell. so will hold out for a fair price for this very low mileage bike. 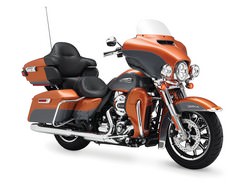